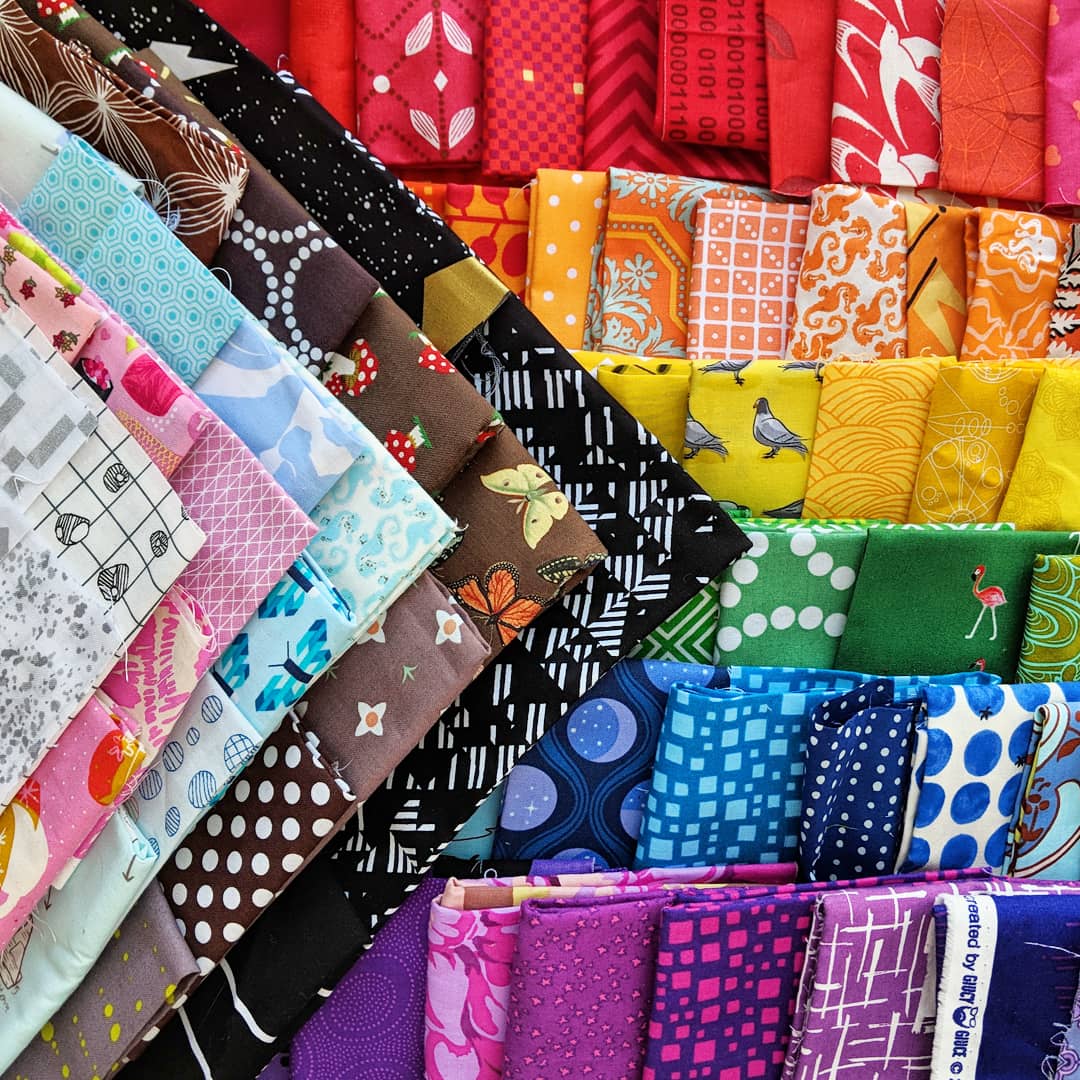 I recently came across an article about this beautiful design by Daniel Quasar and knew I had to translate it into a quilt.

It’s a pride flag, redesigned to add representation for marginalized communities. While I don’t personally identify as LGBTQ, the concepts of inclusion, representation, and diversity in the quilting community resonate with me, and I saw this as an opportunity to bring it into my work and continue the conversation that’s going on in the sewing world.

Beyond all the symbolism (more on that below), it’s a striking design, which incorporates stripes, black and white, and rainbows. How could I resist??

I loved that the arrow section of the design looked like a flying geese block, and wanted to echo that shape somewhat in the rainbow stripes. In order to do that, I had to arrange my triangles with attention to the color value of the fabrics.

My favorite tip for determining value? Take a picture and use a black and white filter.

You can see there’s a lighter flying geese shape (outlined in pink below) in the rainbow area, but the black and white photo helped me identify the triangles outlined in green, that I ended up swapping to give a better contrast.

The quilt is beginner friendly, it’s quick, and it’s scrappy (because, diversity!). You can buy the pattern now, with proceeds going toward Rainbow Railroad.

Here’s Daniel’s description of the design and the meaning behind it:

The 6 stripe LGBTQ flag should be separated from the newer stripes because of their difference in meaning, as well as to shift focus and emphasis to what is important in our current community climate. The main section of the flag (background) includes the traditional 6 stripe LGBTQ flag as seen in its most widely used form so as not to take away from its original meaning (seen above).
The trans flag stripes and marginalized community stripes were shifted to the Hoist of the flag and given a new arrow shape. The arrow points to the right to show forward movement, while being along the left edge shows that progress still needs to be made.
Background: LGBTQ 6 full sized color stripes representing life (red), healing (orange), sunlight (yellow), nature (green), harmony/peace (blue), and spirit (purple/violet)
Hoist: 5 half sized stripes representing trans and non-binary individuals (light blue, light pink, white), marginalized POC communities (brown, black), as well as those living with AIDS and the stigma and prejudice surrounding them, and those who have been lost to the disease (black)