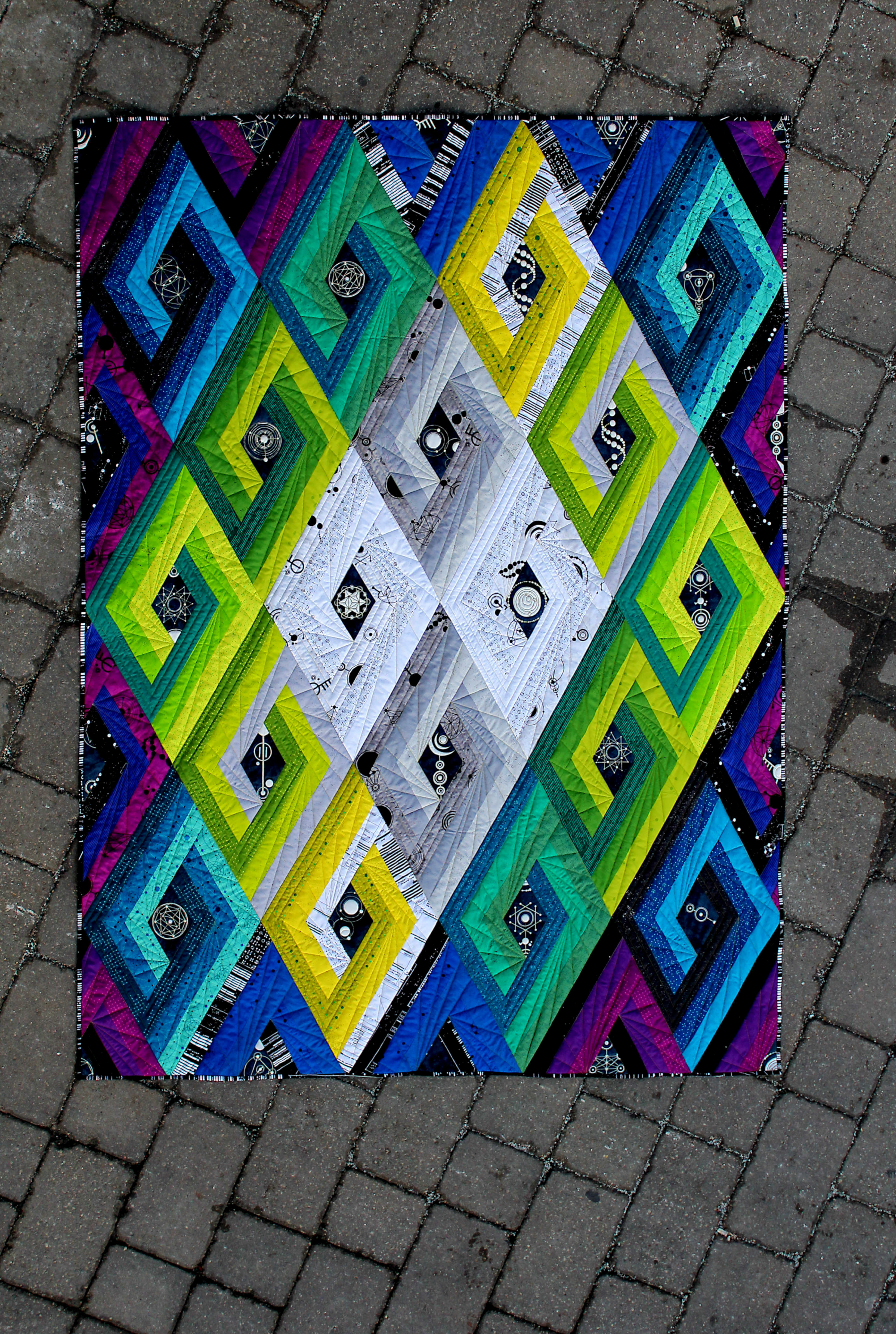 My latest pattern, Vortex, was just published in Make Modern Magazine, issue 33. Vortex started off as a diamond shaped log cabin block, and then I gave it a twist. I love how it looks like the strips are overlapping themselves. I gave the blocks an extra juicy centre so I could flex my fussy cutting skills.

I chose a nice spectrum of cool colours from Giucy Giuce’s Declassified collection and coordinating Spectrastatic blenders. The star of the show is the super-fussy-cuttable Crop Circles print. I tweaked the colour combinations and gradations a dozen times before I was happy with the final layout. In the picture above, I had too much contrast in the neutral groupings, and not enough variation within the coloured groupings. As you can see below, the blocks work best when there’s a gradation in the 3 colours used in each block. Then I continued the swirl effect with a gradation from the lightest blocks in the centre, going darker toward the outside.

The generous lap size quilt finishes at 64″ x 84″. Best of all, it’s fat quarter friendly, so you can pull a bundle from your stash and start stitching!

The geometric shapes lend themselves to straight line quilting, either with a walking foot or a ruler.

Get the pattern in Make Modern Magazine Issue 33 now!

2 thoughts on “The Vortex Quilt”