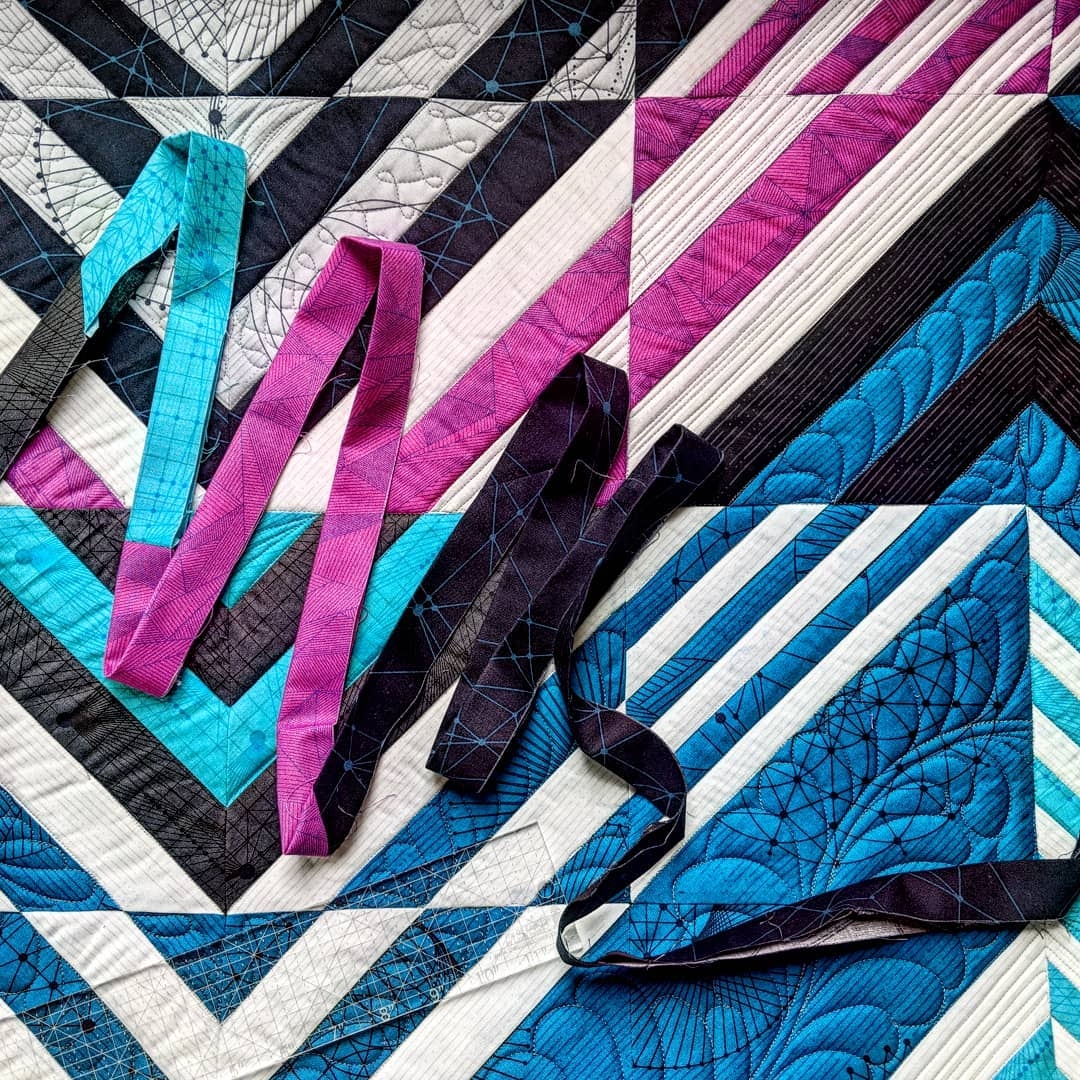 Glitch is a 64″ x 64” quilt inspired by glitch art. The 8″ blocks come together quickly and accurately thanks to a clever foundation paper strip-piecing method, shown in detailed diagrams in the pattern.

Would you believe that this quilt only uses 4 different blocks? It looks deceptively complicated, but I’ve combined the magic of strip piecing with the precision of foundation paper piecing. The result: blocks that come together in a flash!

The pattern includes tips to help you line up the many (MANY) offset seams. But really, with a name like “glitch” you can get away with a lot of mistakes by claiming it’s a design decision 😜

I used the quilting to add more layers of glitchiness to the quilt. The wide channels that form an overall V shape were just begging for some fun quilting. I chose traditional, feathery motifs that “don’t belong” on such a modern quilt, to soften and contrast the hard edges of the pieced stripes.

I changed the shape of the motifs from one colour band to the next, as if the pink filter also adds a layer of curliness to the quilting.

Finally, I chose to quilt inside the stripes sporadically, usually when I wanted to pull in some fullness in the quilt top or disguise a misplaced stitch.

I made the scrappy binding using leftover binding from Crystalize, scraps, and miscuts. I initially planned to have the blue/pink sections match the blocks, but after I posted the binding pooled on the quilt, I really liked the contrast. I didn’t want that to be the only glitchy part of the binding, so I roughly matched a contrasting wedge on the opposite side.

Be sure to check out Andrea Tsang Jackson’s tutorial on matching up pieced binding! It’s so easy to do, once you know how.

Ready to make your own Glitch quilt?